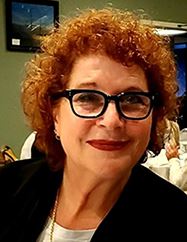 Free Event. Open to the public. To register for the panel discussion, click HERE

Members of the panel include:

Avi Weinryb, Deputy Director of Combat Anti-Semitism Movement (CAM), a non-partisan global grassroots movement that fights anti-Semitism wherever it occurs. Weinryb has over a decade of professional experience in advocacy and public affairs. Prior to joining CAM, Avi was the Director of National Strategy at the JFNA’s Israel Action Network, where he helped form several national projects, including Academic Partners for Peace.

Stephanie Hausner, Deputy Director of the Israel Action Network. Hausner is responsible for strengthening the capacity of local community professionals in countering the assault on Israel’s legitimacy. Stephanie came to IAN after working in the Federation system in various capacities. A former Councilwoman, Stephanie was named one of Rockland County’s “40 Under 40” and was included in the “Jewish Week 36 Under 36.”

Steve Ginsberg, Director of the CT Anti-Defamation League. Prior to joining ADL, Steve served as Principal at Mission Measurement – a firm that works with foundations, corporations and nonprofits to predict and maximize their effectiveness and ROI (return on investment). Prior to that, he was Director of Development for ADL’s Greater Chicago/Upper Midwest Region, one of ADL’s largest offices.

The Network strives to create a dynamic and diverse membership, which promotes powerful, personal, and professional relationships through the advancement and education of its members.

Brought to you by Southeastern Connecticut Women’s Network and JFEC’s Encountering Differences.